Even more land along the shores of Lake Huron can be protected.

More of the Les Cheneaux can be protected.

Little Traverse Conservancy has partnered once again with the Les Cheneaux Foundation and LTC supporters to preserve more land on Cube Point. Marquette Island is home to this pristine property and is among the 36-island archipelago of the Les Cheneaux Islands.

The scenic Cube Point shoreline enhances all forms of water recreation, including the potential for a destination along the Les Cheneaux Islands Water Trail. Little Traverse Conservancy has the long-term goal of connecting the Cube Point property with the nearby Sheppard-Hardy Nature Preserve and expanding this land conservation effort eastward towards the Aldo Leopold Nature Preserve. 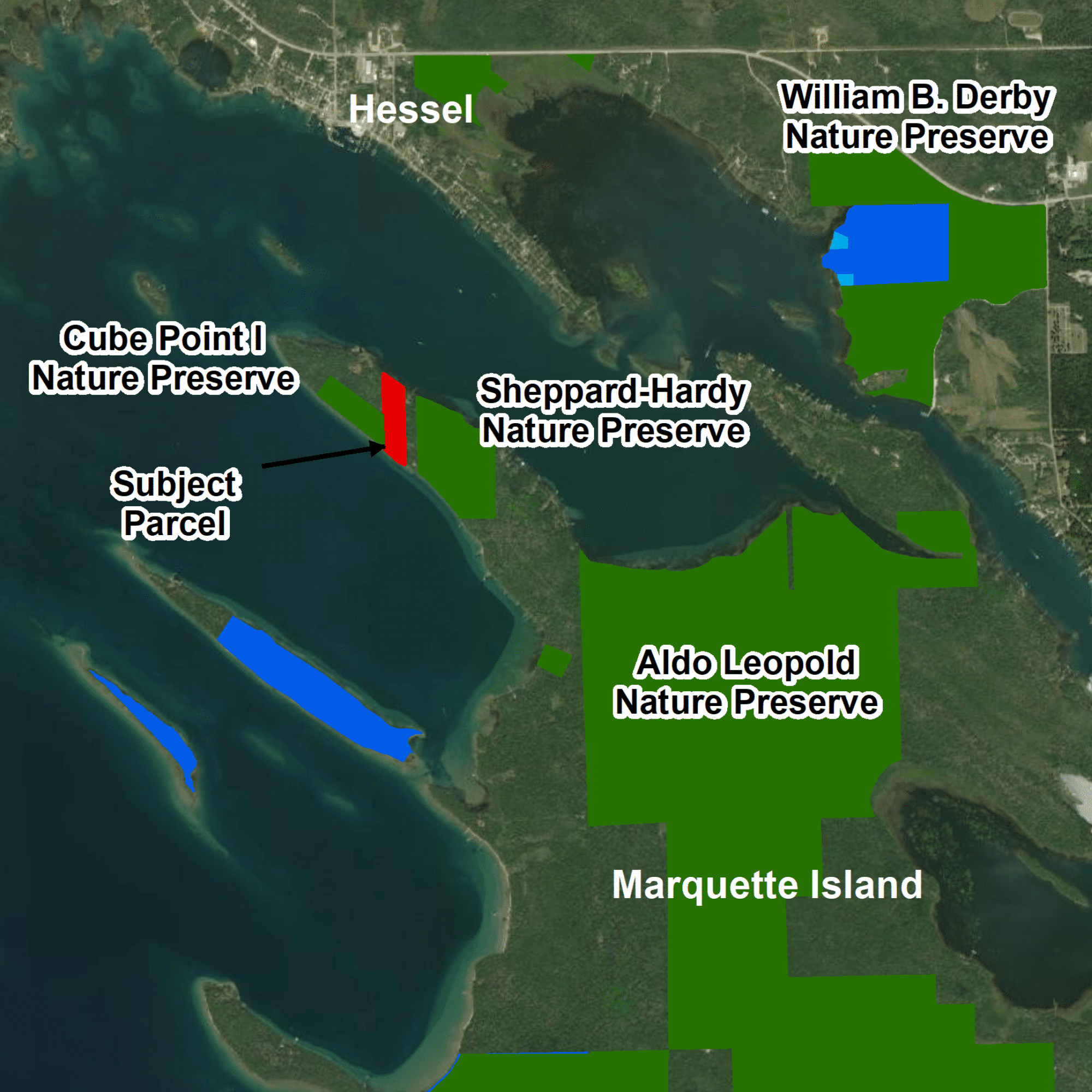