The Williams Preserve is mostly forested with either upland mixed hardwood/conifer stands (including white pine and hemlock components); northern hardwood stands dominated by beech and maple (with a minor element of ash, ironwood, basswood, and balsam fir); and lowland areas dominated by cedar, balsam fir, and paper birch. Fallow agricultural fields are now vegetated with bracken fern, blackberry, various tree seedlings, and saplings in small areas. Soils in some areas are flat and sandy, and very rocky in others, with some large boulders. Fissured bedrock is visible at the surface in some spots. Ancient post-glacial lake shorelines are evident on the preserve. An old stone wall built by early Island settlers is located in the east part of the preserve.

The Williams Preserve was purchased at a bargain price and named after the sellers’ parents.

Get Directions In Waze 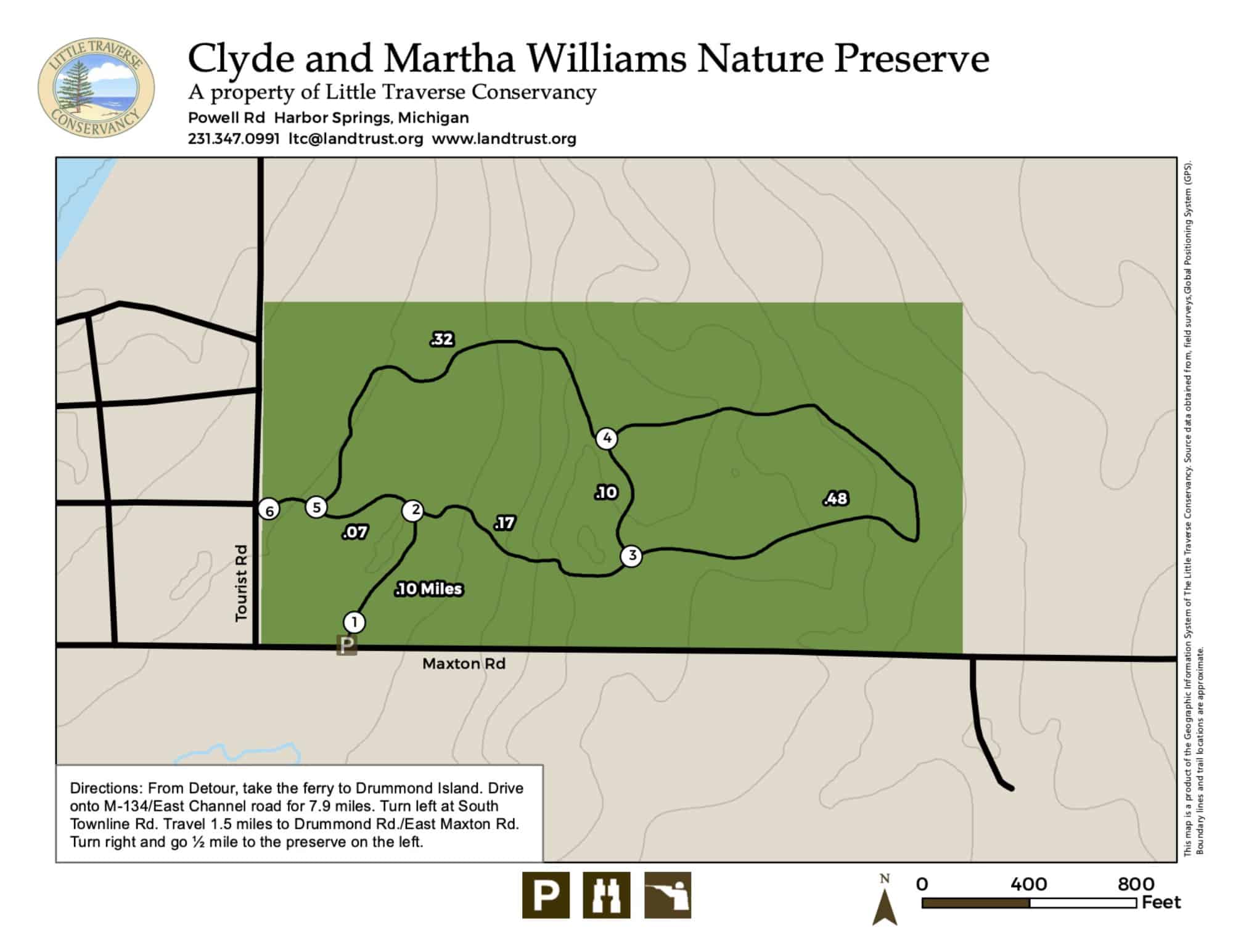