1¼ miles along the Pigeon River.

Before its protection, the property was the most extensive remaining private undeveloped stretch along the Pigeon River. Because the river becomes very wide at this point, the stretch is well-loved by anglers.

A two-track pullout is available with a short walk to the river.

When the property became available for purchase, a year-long fundraising campaign resulted in its acquisition as a nature preserve. The preserve is partly named for an old dam that used to exist at the site. John Woollam, a primary donor, also called the preserve in honor of his father-in-law, Robert D. VanCampen of Harbor Springs, an avid hunter, fly angler, and outdoorsman. This preserve lies adjacent to the large Jack and Tucker Harris Working Forest Reserve on two sides.

From Indian River, take M-68 west 6 miles to Afton Road. Turn right and travel 1.3 miles to the preserve on the right, where Cut Off Road branches to the left. 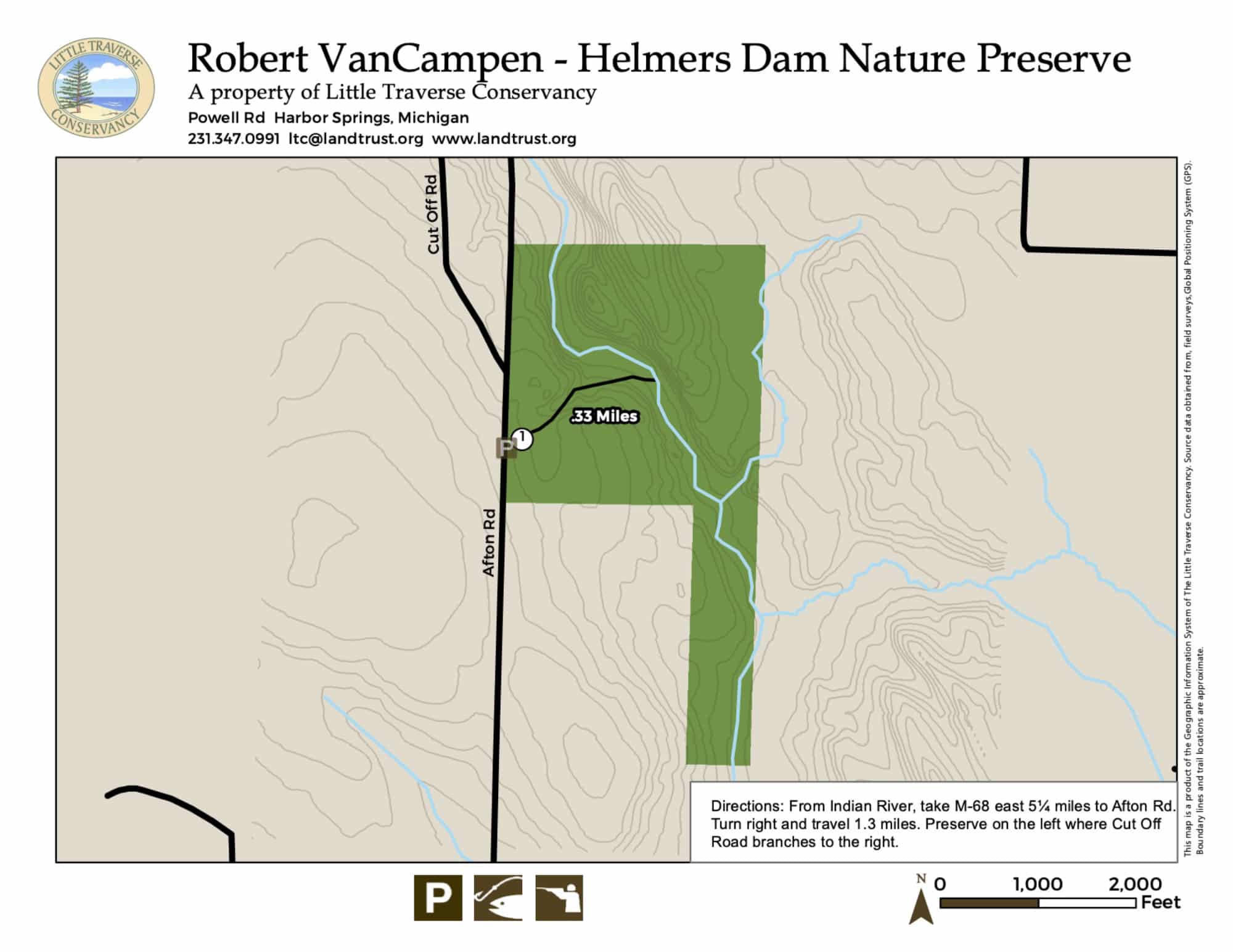