Nearly a mile of the trail is found to the east of the lake. A second trail and sign are located at the north end of the preserve off of Barney’s Lake Road. From there, hike 0.7 miles to connect to the Kuebler Trail.

Barney’s Lake Preserve is located in the north-central part of Beaver Island, about three miles southwest of St. James. The original preserve was donated to the Conservancy in 1988 by the heirs of Bernard and Margaret O’Donnell. Bernard O’Donnell (great-grandnephew) and Theresa Gacek (great-great-grand niece) were instrumental in carrying out the family’s wishes that the land is kept in a natural state and available to the public. In 2007, a 173-acre addition to the preserve was donated by Terry and Beverly Scully. And in 2014, another 40 acres were purchased at a bargain sale from Jon and Sally Fogg with funding from the J.A. Woollam Foundation. 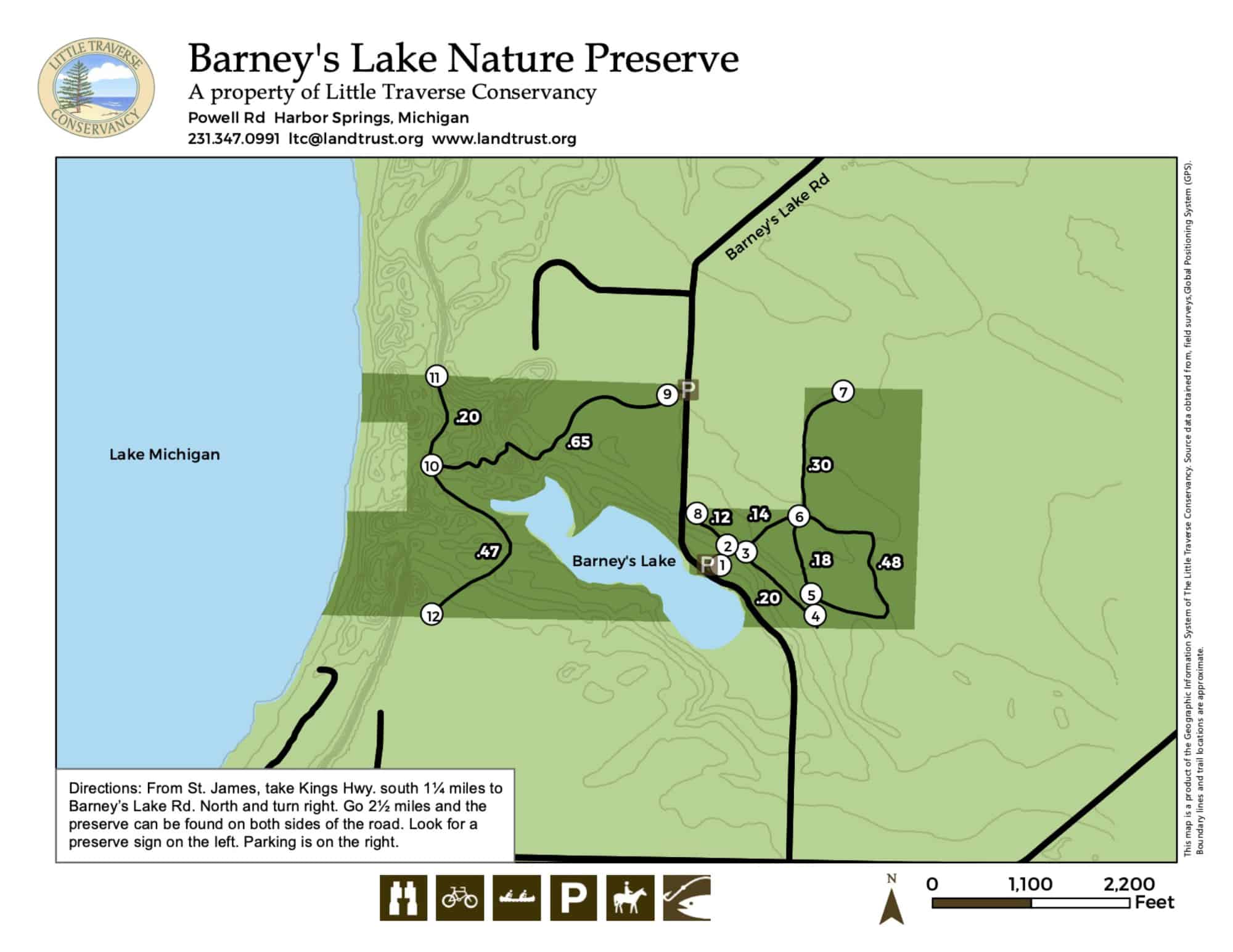